We publish a newsletter weekly(ish)

We recap what inspires, motivates, and moves us on a weekly(ish) basis.

Thank you! Your submission has been received!
Oops! Something went wrong while submitting the form. 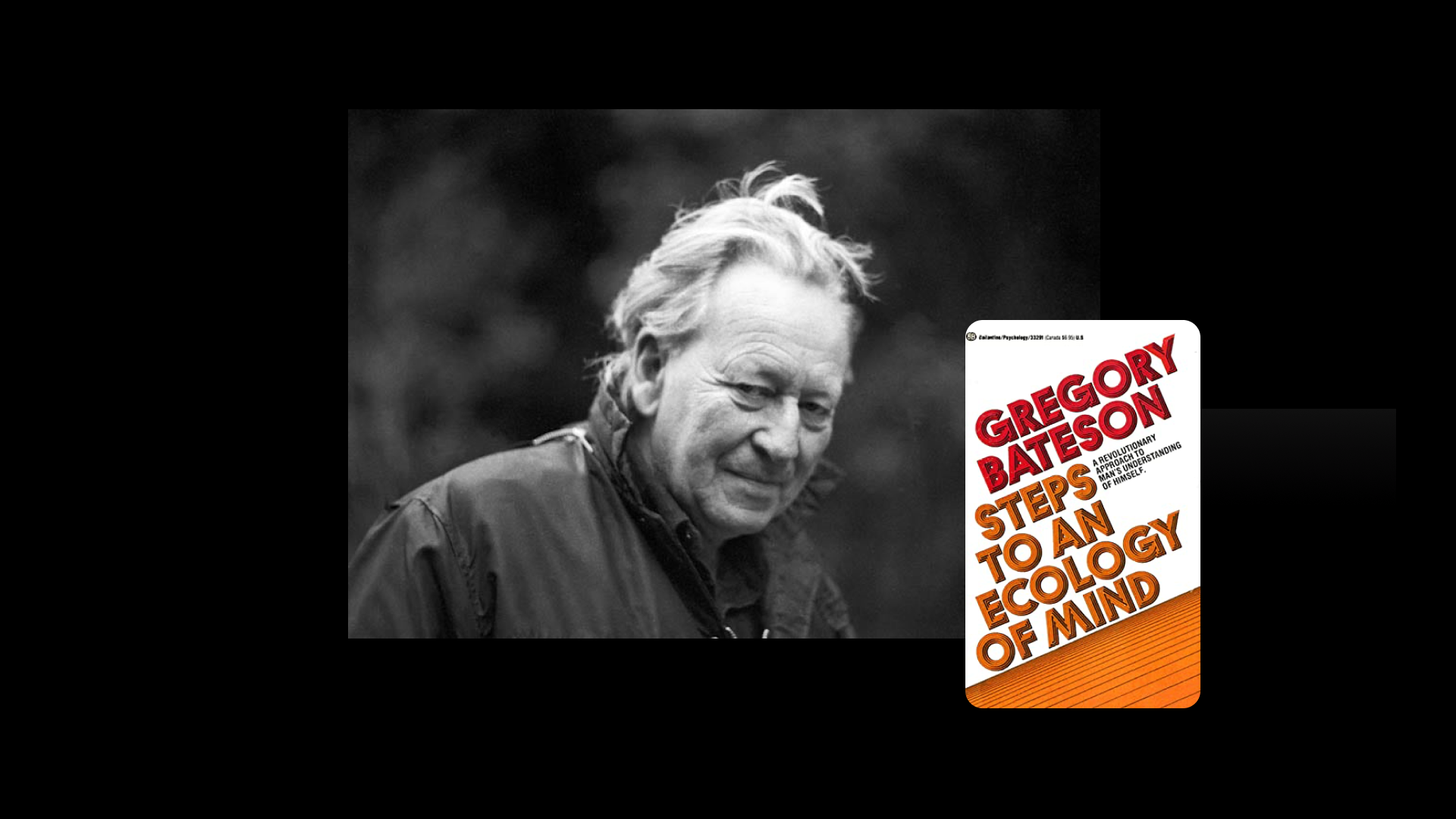 Bateson championed an ever expanding contextual way of thinking— appreciating the relationships, connections, and patterns emerging, existing, and interplaying across human consciousness. His life and work are vast and span many disciplines that are now converging in the technology space. You can watch a documentary on his life from his daughter Nora. He is best known for his book Steps to an Ecology of Mind.

‍Documentary: An Ecology of Mind 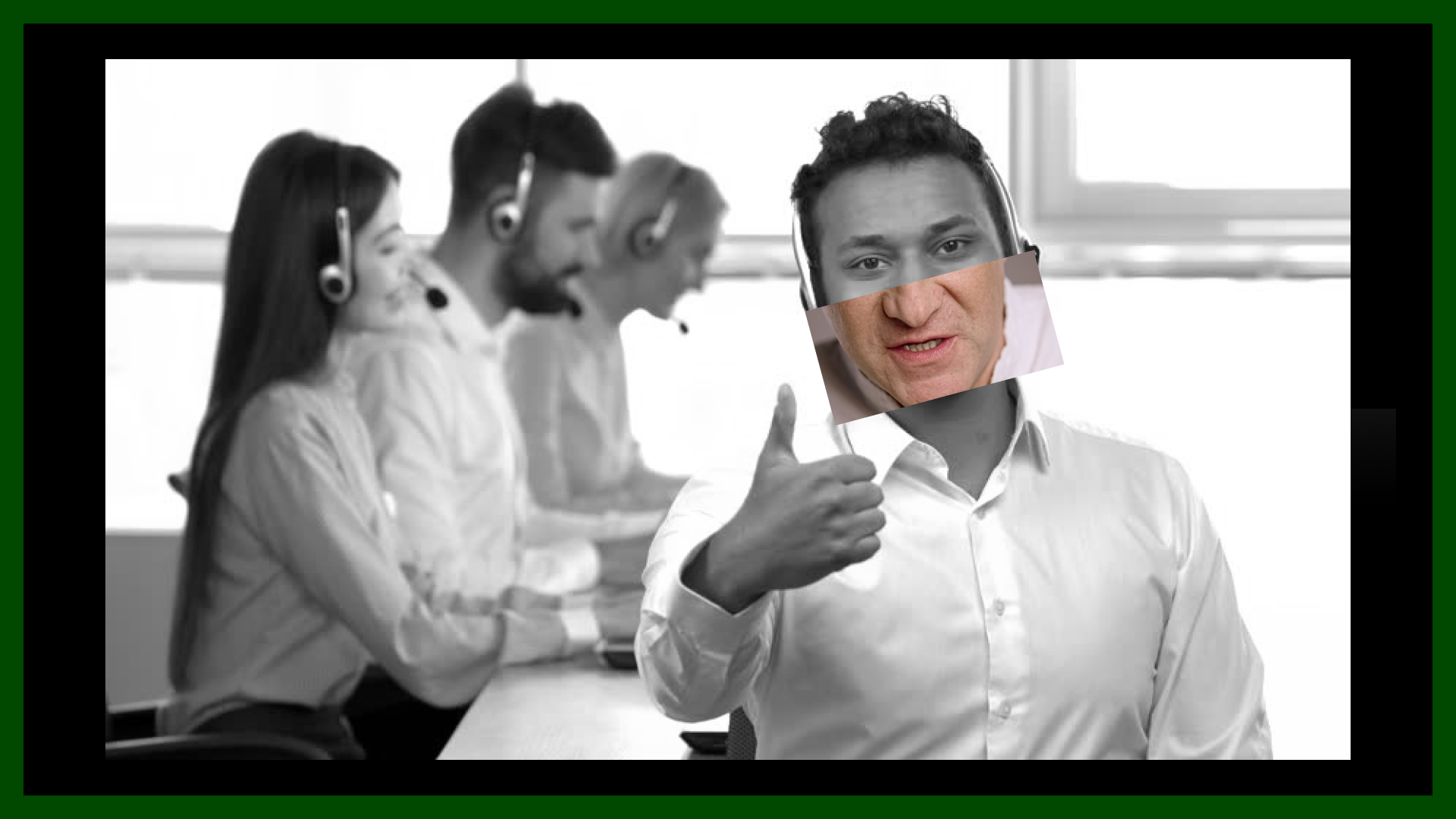 A startup on a mission to make the world sound whiter...

Yeah, you read that right. A group of Stanford grads in Silicon Valley have made it their mission to help make more people sound like white Americans. They're funded to the tune of $37M. 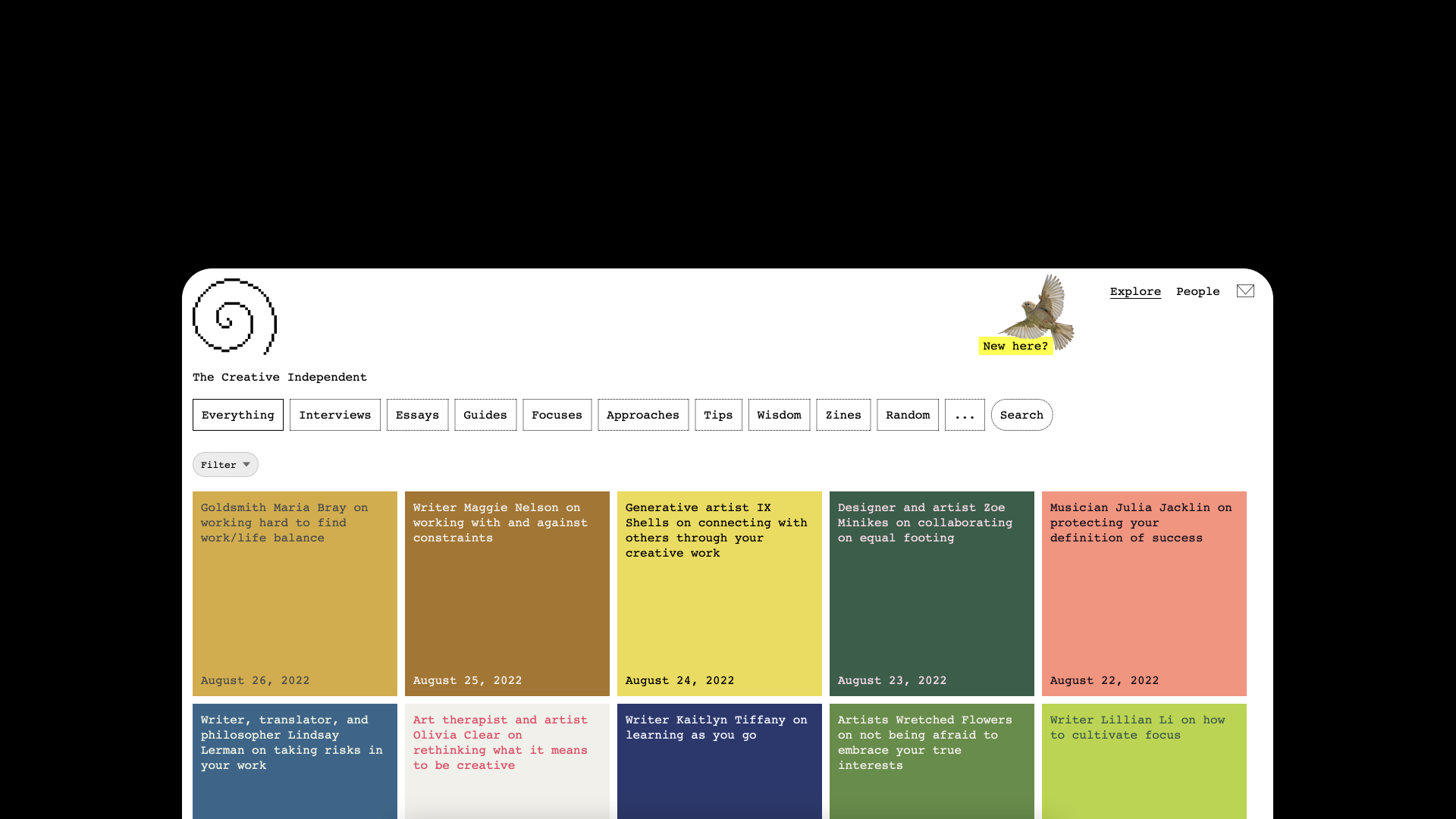 On a mission to inspire and grow the community of people who create, the Creative Independent is a practical resource published ad-free by Kickstarter and a public-benefit corporation. It includes interviews, guides, tips and creative content focused on the intersection between being authentically creative and also making a living. Imagine that.

Stay high level, start with user outcomes, and get into prioritization faster

Not sure what to build yet - that's fine. Borrowing the look and feel of the Trello digital Kanban board, now you can stay high level, start with user outcomes, and get into prioritization faster.

Give it a try and let us know what you think! Full Release Notes. 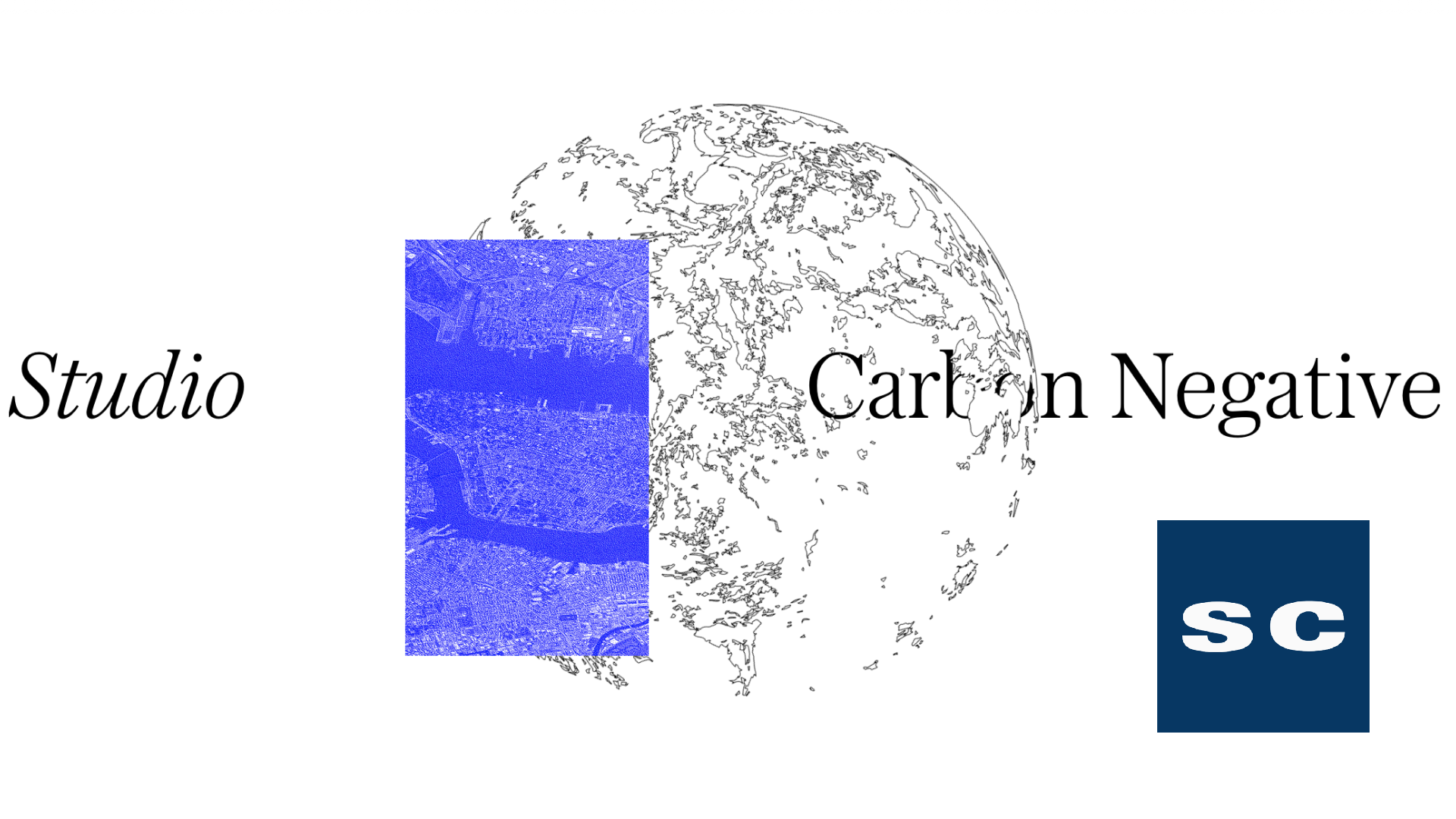 In a world of scammers we find it refreshing to come across a group of people who are living and working their ideals - ideals that make sense under scrutiny. Sanctuary Computer is a technology studio based out of Chinatown NYC. They publish a substack that gives a transparent look at a working studio. They even go as far as to publish their P&L. 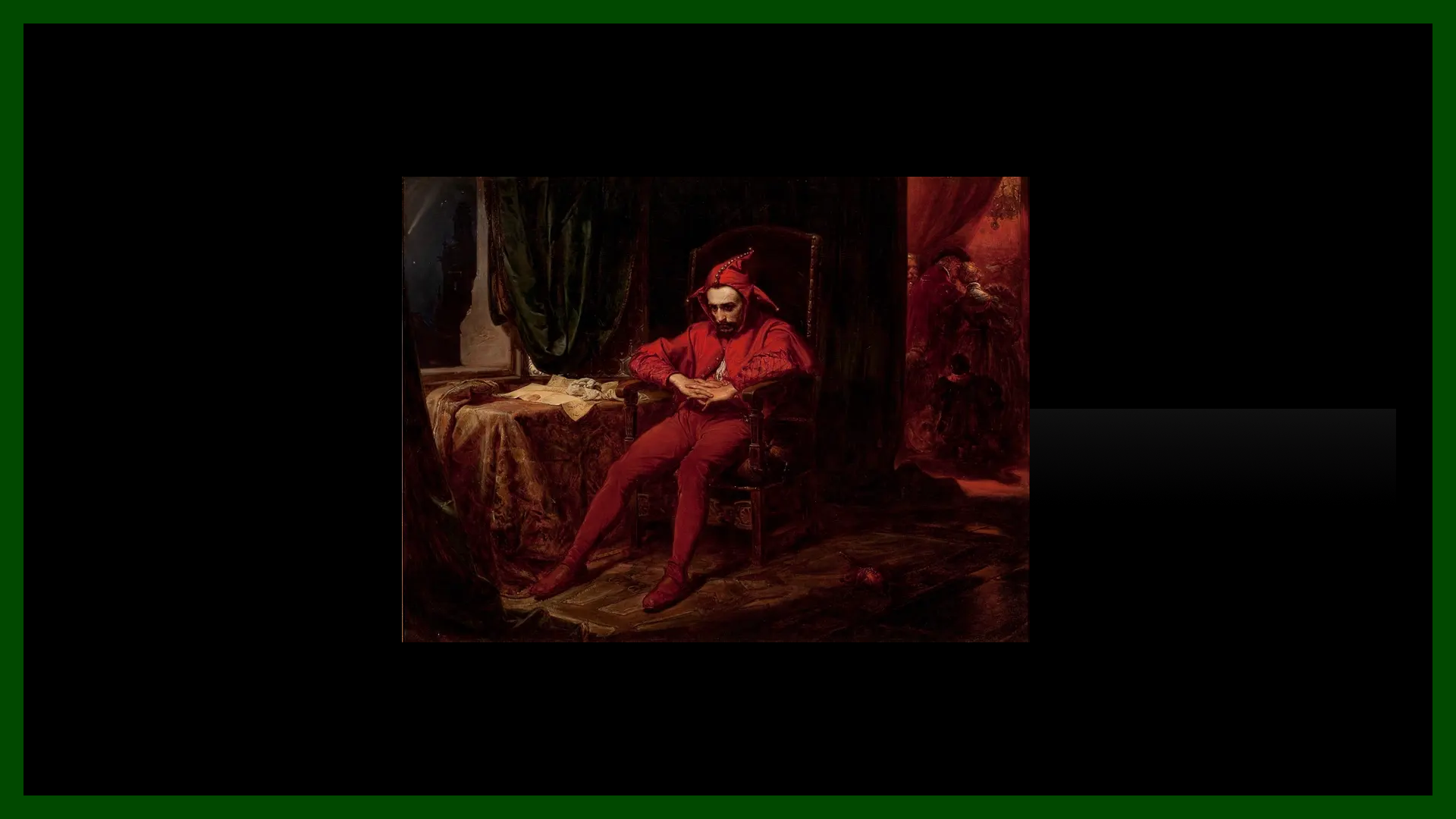 Ever wonder why silly startups with impossibly bold and bombastic founders get so much funding? We found this article from 032c to be an illuminating perspective on human attraction to scams and scammers.  "Our fascination with scammers lies in the details; it’s the how, not the what. They make the world seem like a silly little sandbox, inconsequential and fun. Scammers are larger-than-life. For them, yesterday never happened and tomorrow never will." 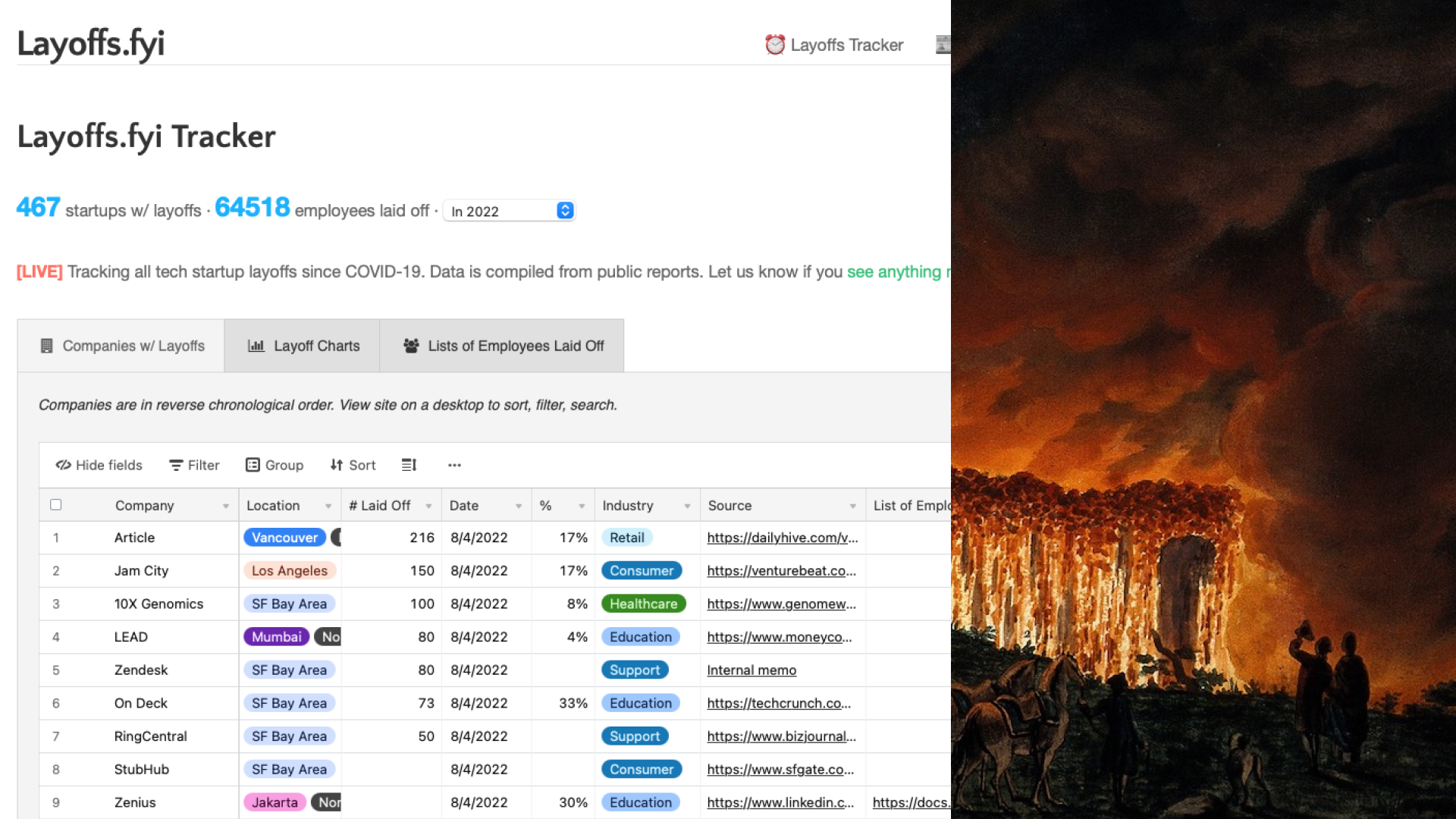 Scam companies build up big teams around big opportunities without consideration of real life risks and then make "adjustments" to deflate them back down when it turns out most strategies don't survive contact with reality. Layoffs.fyi give a simple view of tech companies' layoffs over time. It's a snapshot of how miscalculations and putting growth before value confirmation lead directly to massive layoffs impacting thousands of lives. No amount of speculation and hype can change these numbers. 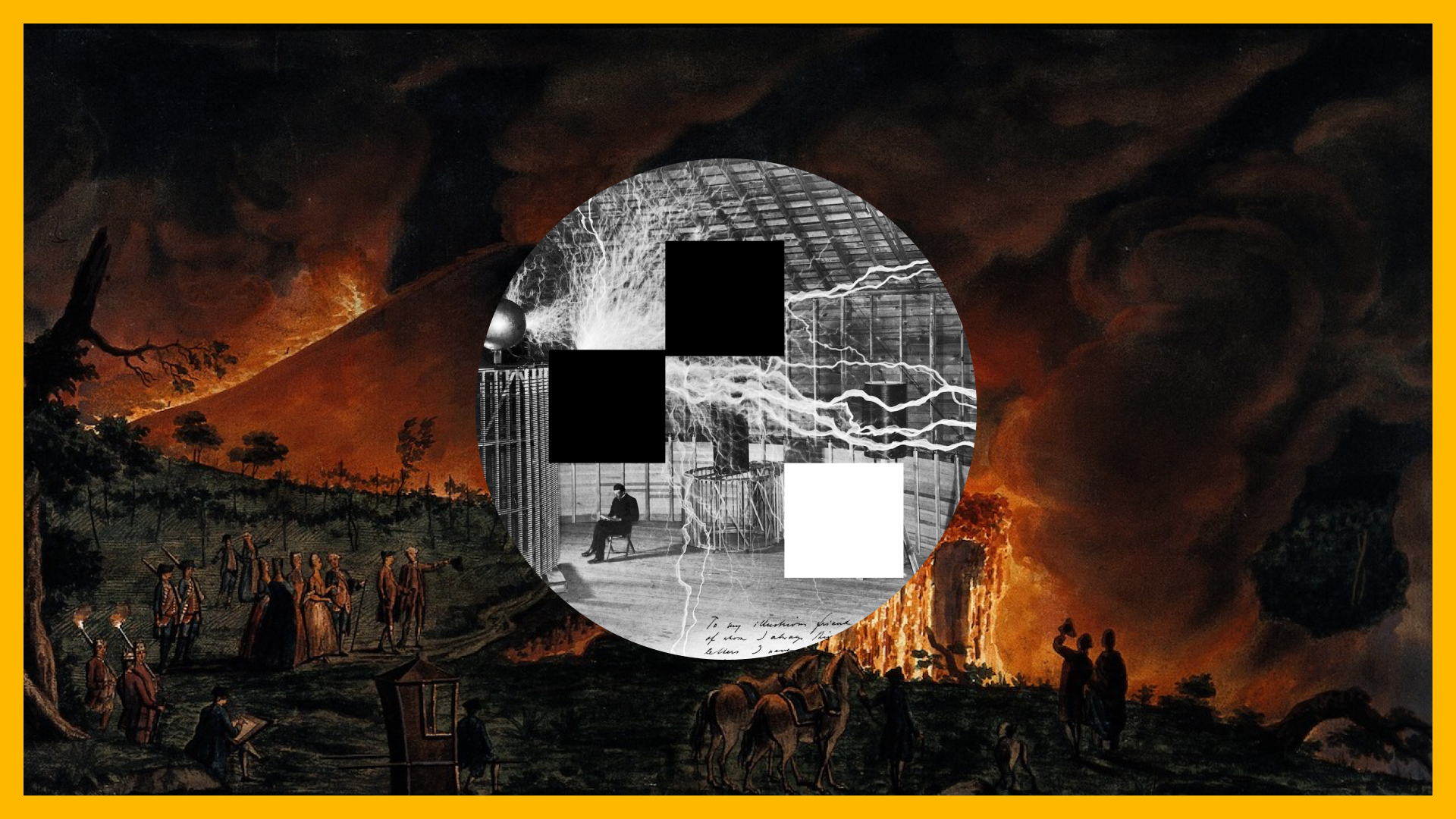 When founders take capital on a misunderstood or misstated market opportunity - again, often predicated on not really understanding a real need and building a solution based on hype - investor incentive structures are unable to absorb or tolerate any decrease in that valuation, whether executionally realistic.

This set-up is entirely by design. Things that don’t make sense on purpose are traps. 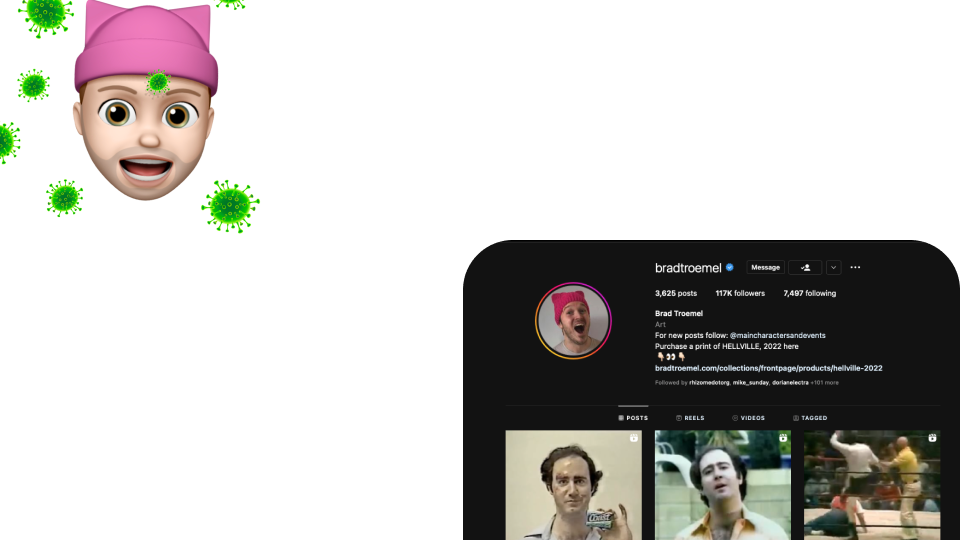 Parasocial behavior, including of the negative variety→, is at its core is grounded in the death of institutions→. People still need context to place themselves and a sense of relationship and belonging - even if it's one-sided. 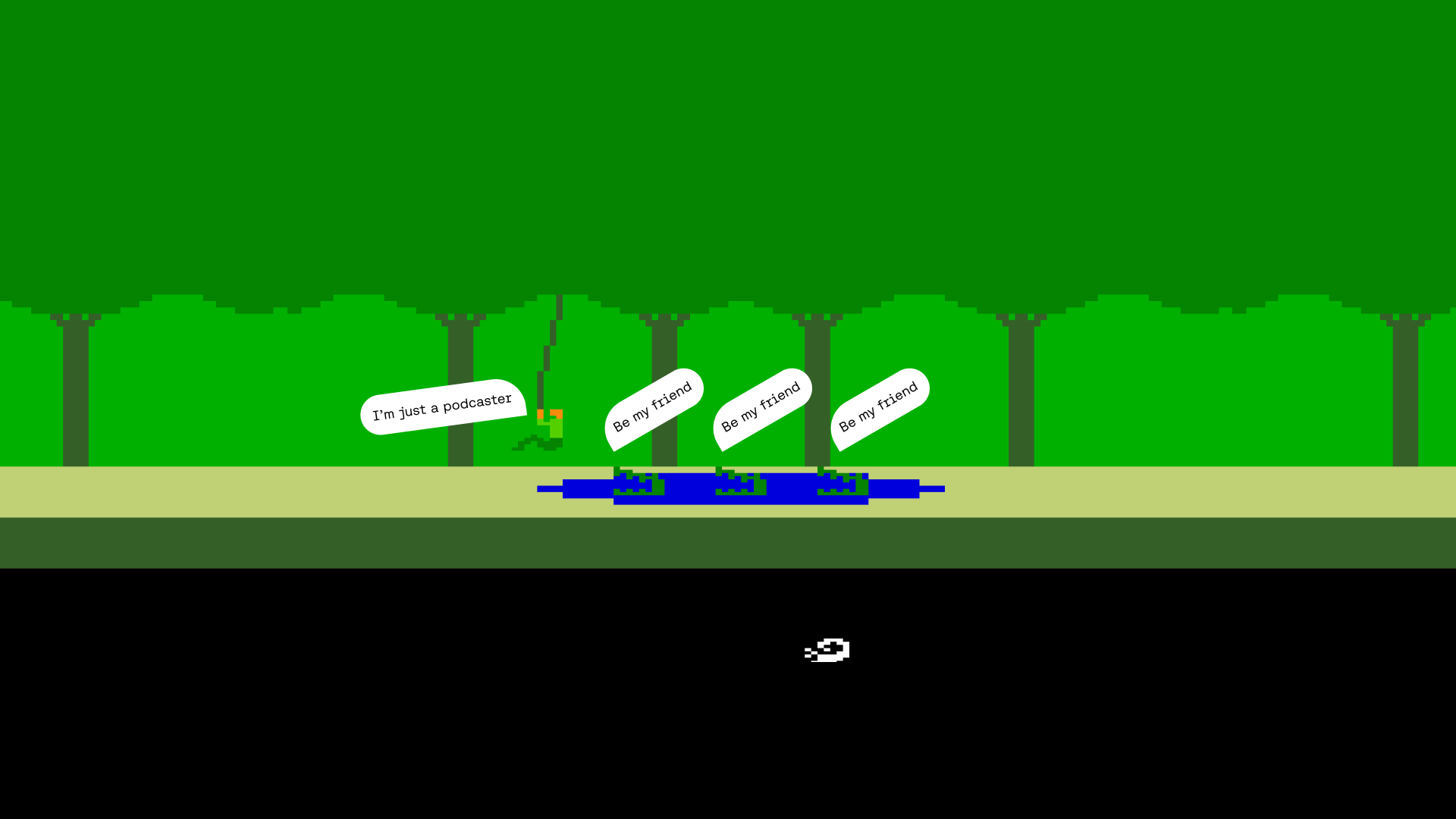 The pitfalls of parasocial relationships →

When everyone's a content creator, everyone's got stans→ - in the true meaning of the term. "This is the paradox of low-level fame – the kind bestowed on popular podcast hosts or minor media personalities; people who have a public profile, but are still “normal” enough for their followers to assume a degree of kinship."Read the full article→ 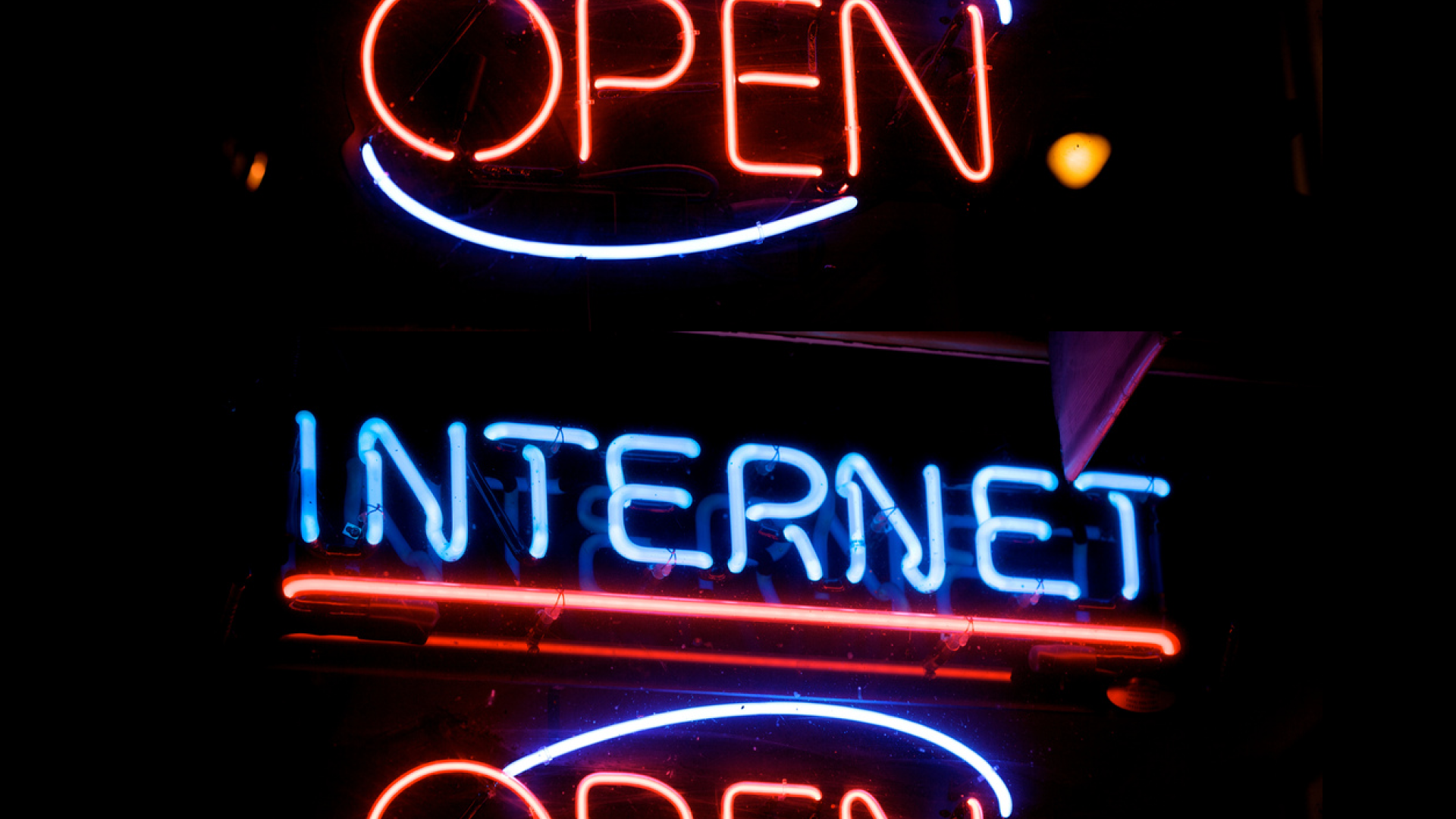 Product *idea* of the week

Lest we forget that algorithms and the teams behind them are complicit and with complicity comes the opportunity for responsibility. 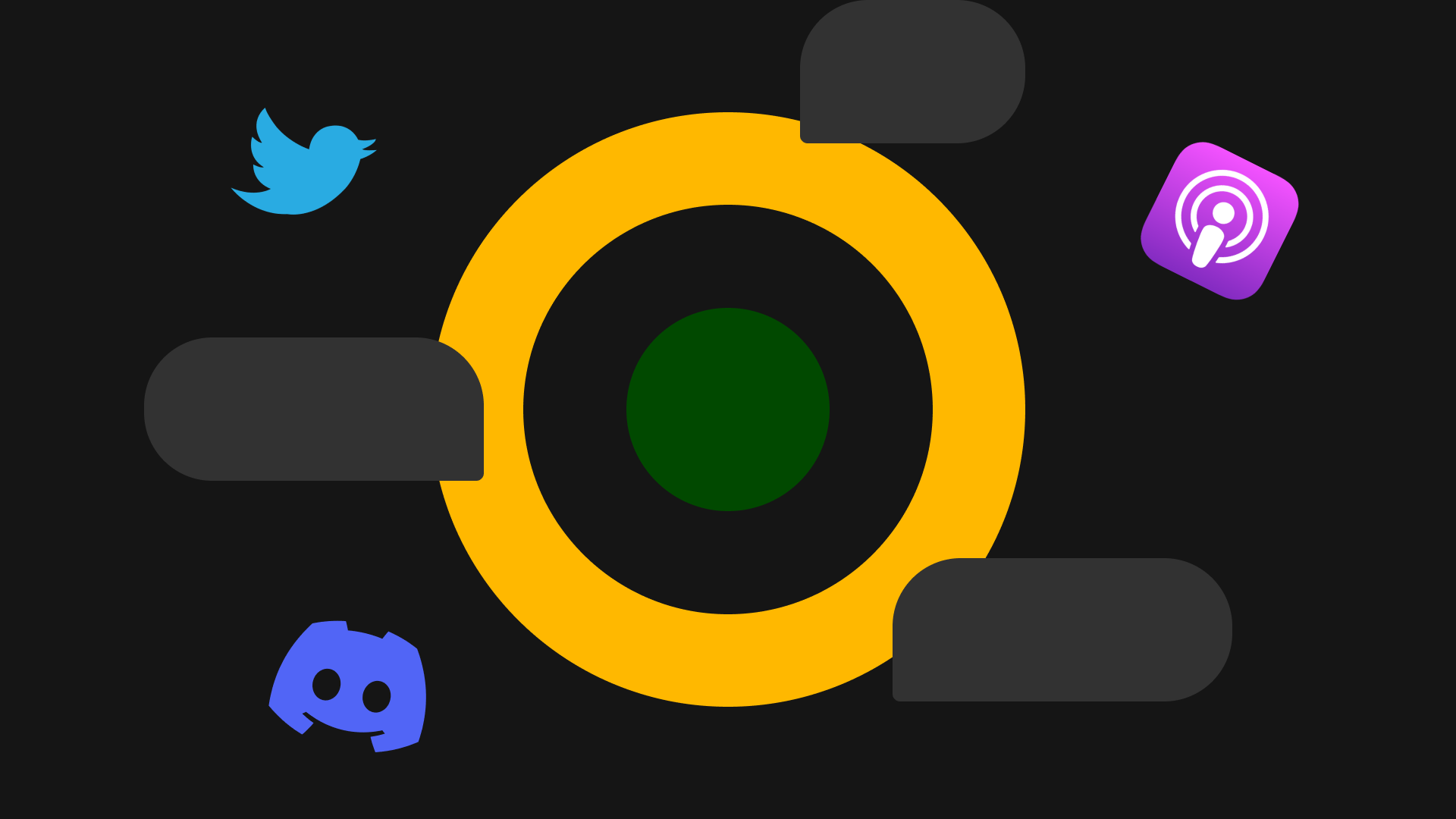 We are living through a trend of 'community' building ahead of product creation, which honestly feels a little unnatural to us. We believe engaged user feedback is essential for building products of value but that the continuous delivery of value is intrinsic not nice to have.We've been heads down building and will be delivering an updated experience of Foundations→ over the course of the next month. Look out for a redesign of the existing planning tool followed by the introduction of a new tool for testing ideas quickly - and connecting them back to planning, strategy, and execution. 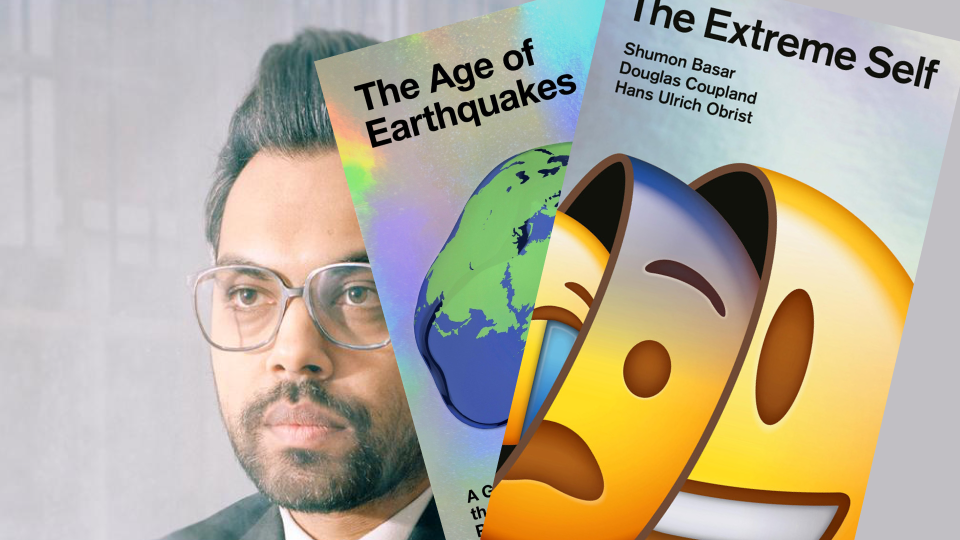 "It’s part of this notion of redefining what generations are. And suddenly it’s really not to do with when you were necessarily born, but it’s much more about your relationship to technology, and to your openness to technology." 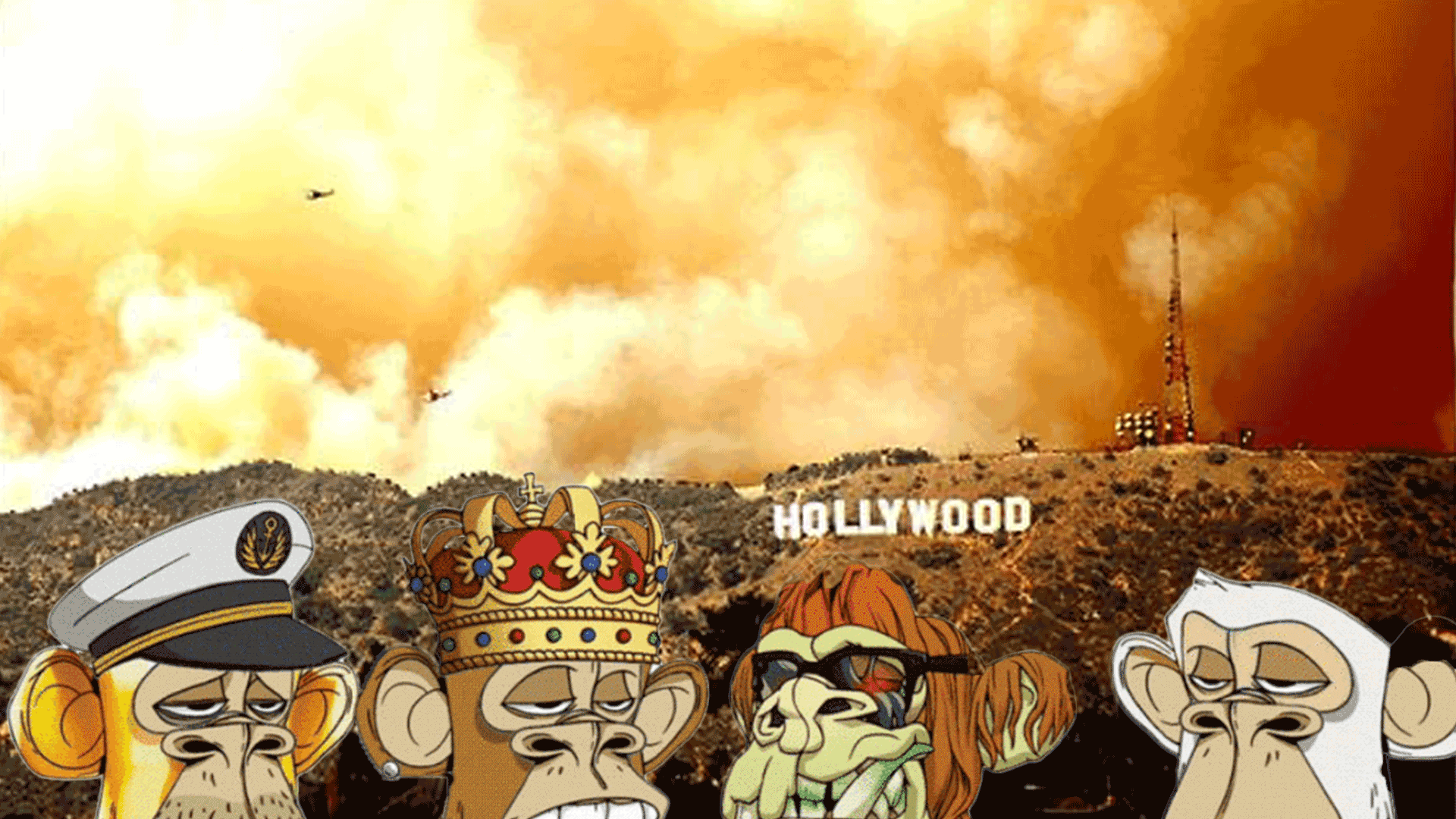 GIFs as IP. NFTs as avatars. Variously: a club, a community, a conscious choice, a cult, a con. "Everyone's in a meta verse of their own making." 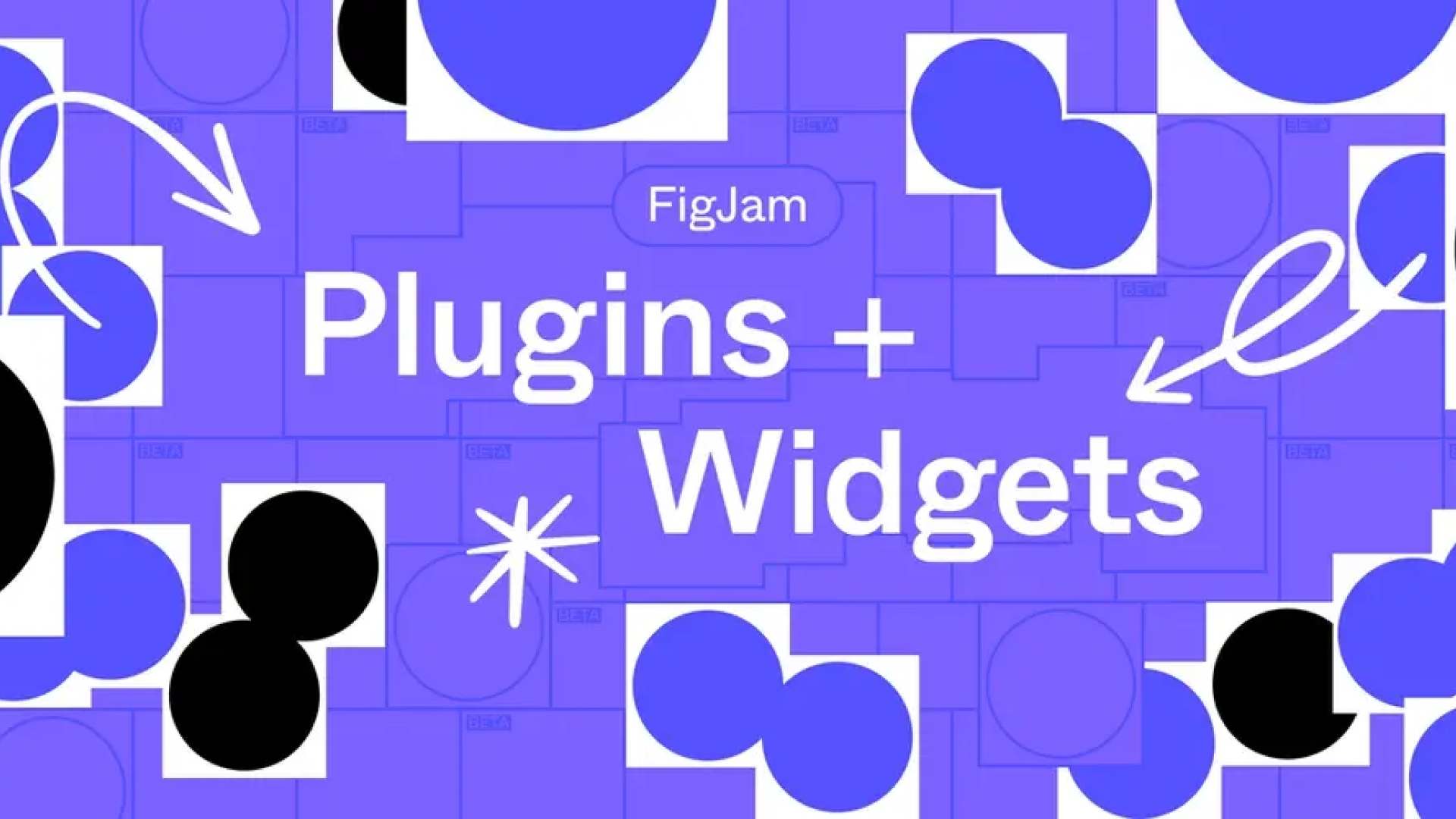 Continuing to solidify themselves as an open alternative Intercom, the newest Figjam widgets → push into collaborative project management and product development through the creative lens.

"Widgets are interactive objects that live on the Figma canvas. Unlike plugins, which are best for single-player automation use cases, you and your teammates can interact with widgets together, just like you already do in FigJam." 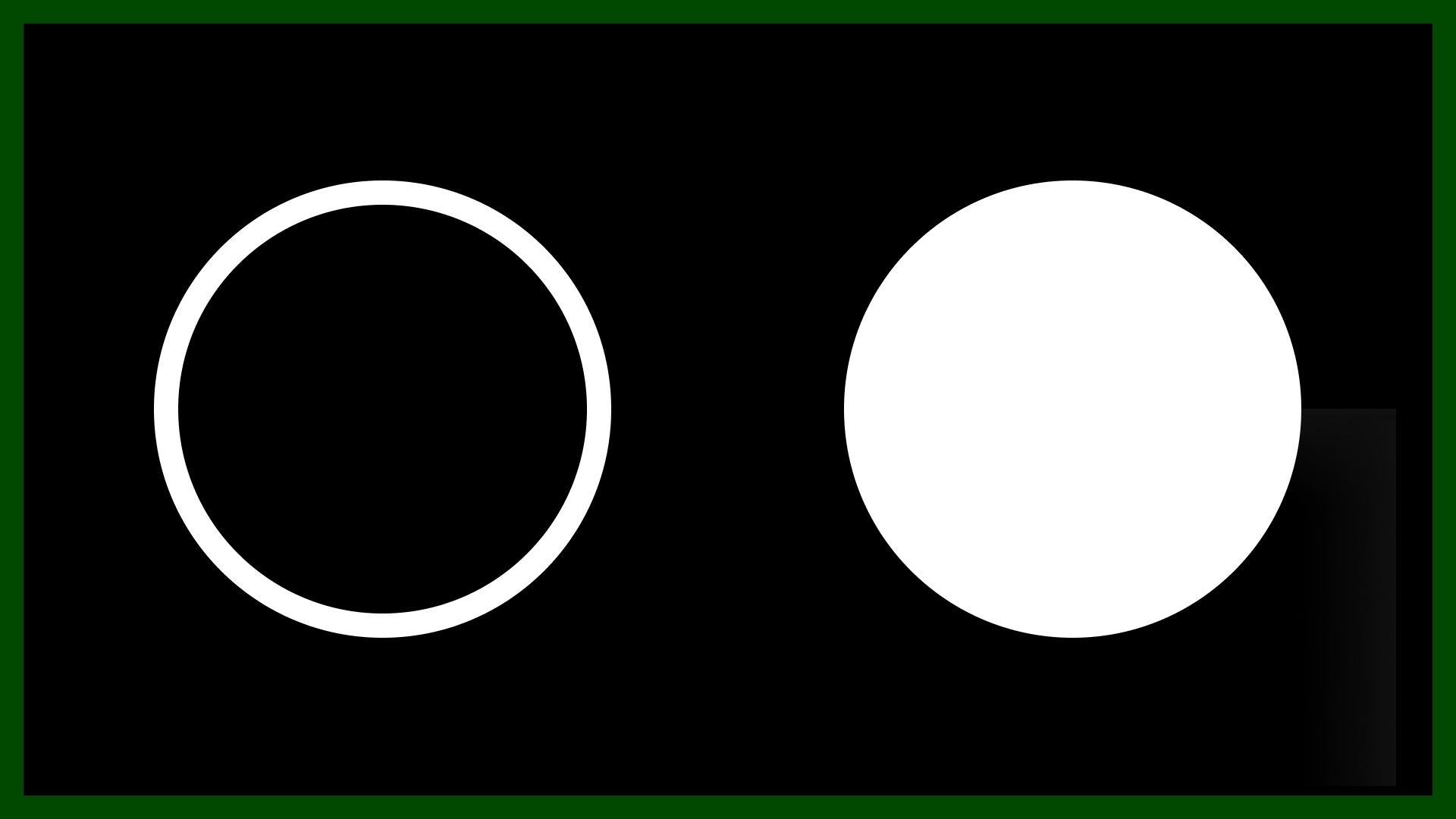 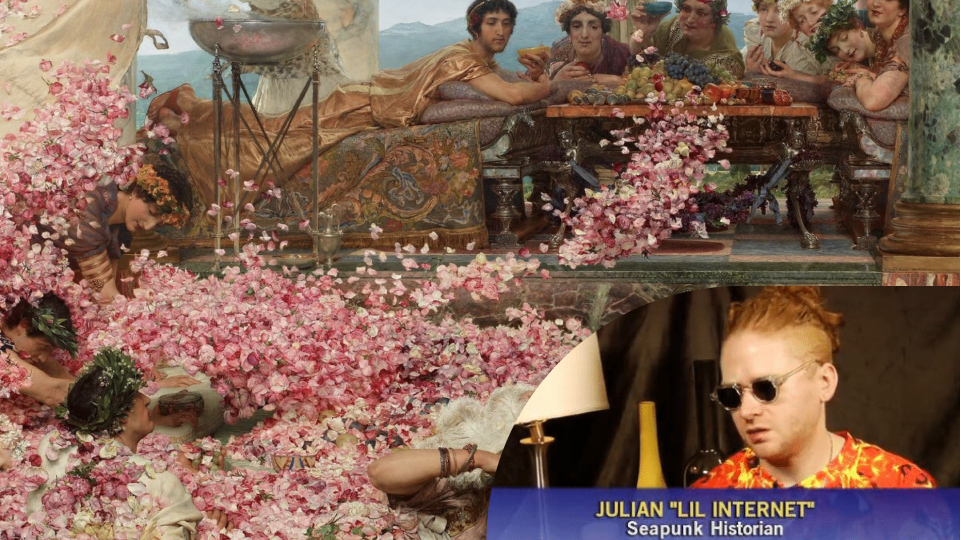 "A decorated Slashercore veteran" working in video and music production. Have a listen to the New Models podcast if you are looking for less noise around "the vibe shift" and more of a discourse on implications. He co-founded a Web 3 media network New Models→ and protocol Channel →. 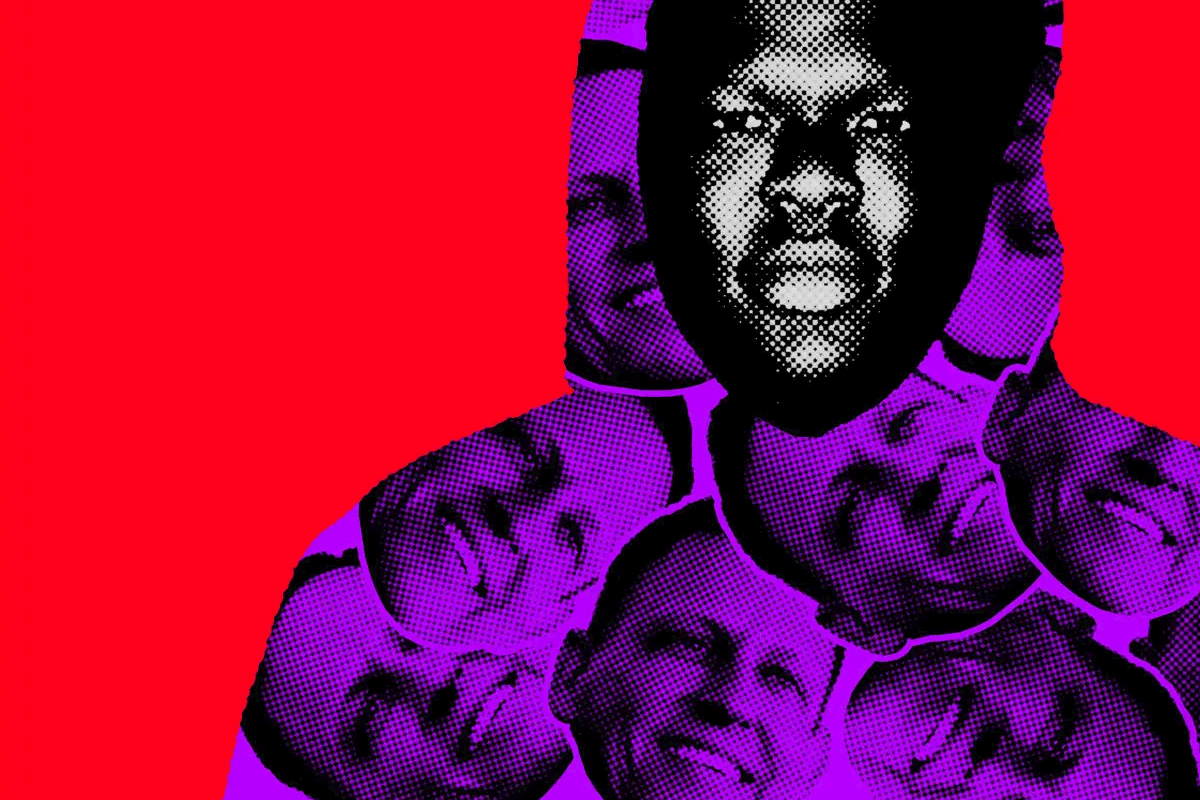 "Look At What we're Doing With Your Money, You Dick": How Peter Thiel Backed an "Anti-Woke" Film Festival →

Patronage is to the arts as institutional funding is to technology? Can technologists learn from creatives and their attitude toward patronage? What would a world of technology products de-coupled from current institutional funding structures look like? ..it doesn’t make sense for an artist to reject bad money, because the system that gives the money value is itself bad; rather, the artist should take bad money and use it to make a statement.‍Read the article here→ 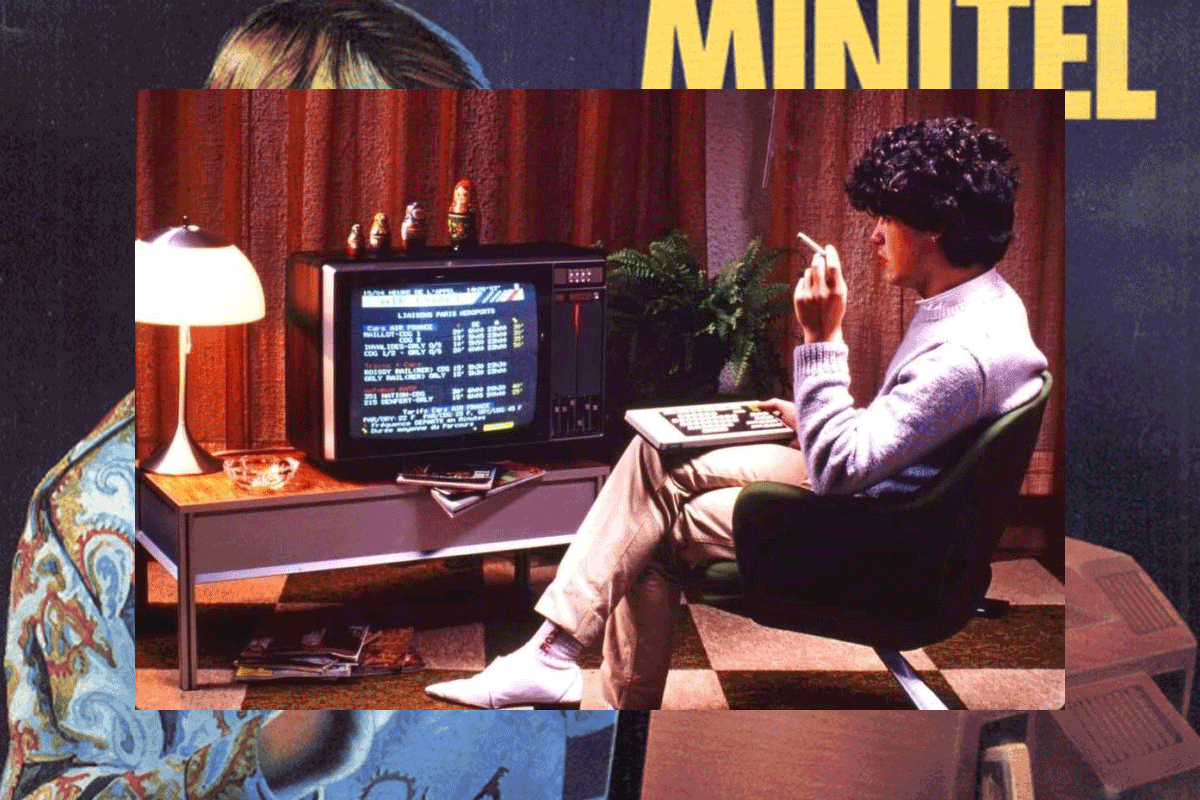 Minitel, the open network before the internet →

Remember history is written by the victors. Open beats closed except when closed dresses up in lots of money and masquerades as open. In Silicon Valley, Minitel is often derided → as a “backwards system,” the epitome of state centralization and bureaucracy. As the enemy of creative agility. But ... American systems were also centralized networks, gated communities where all content was curated by the service provider. Read the article here → 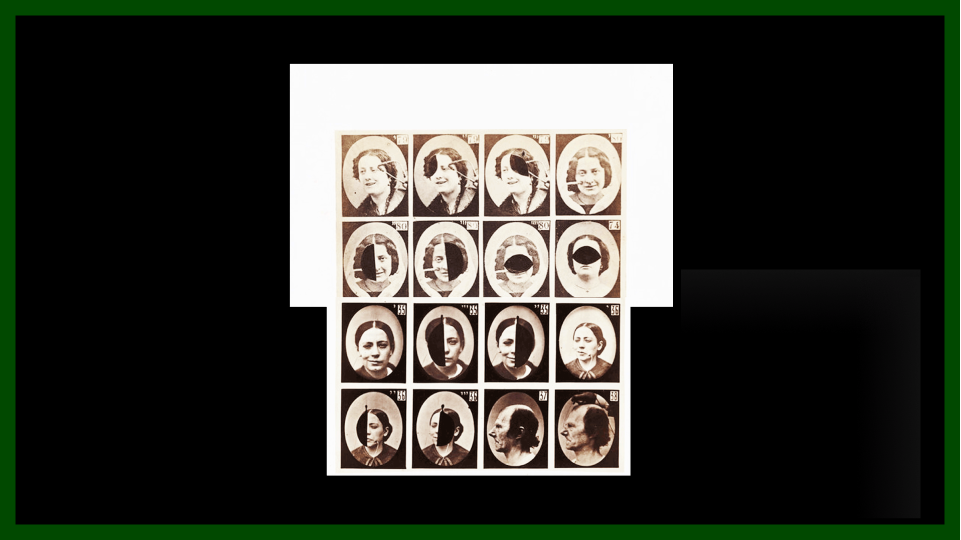 It is, of course, possible to get attention with an interesting brand or new technology application, but without helping a person achieve a result that she cares about achieving - a solution or product is doomed. The attention will fade and the solution will fall flat, folding in on its lack of value. 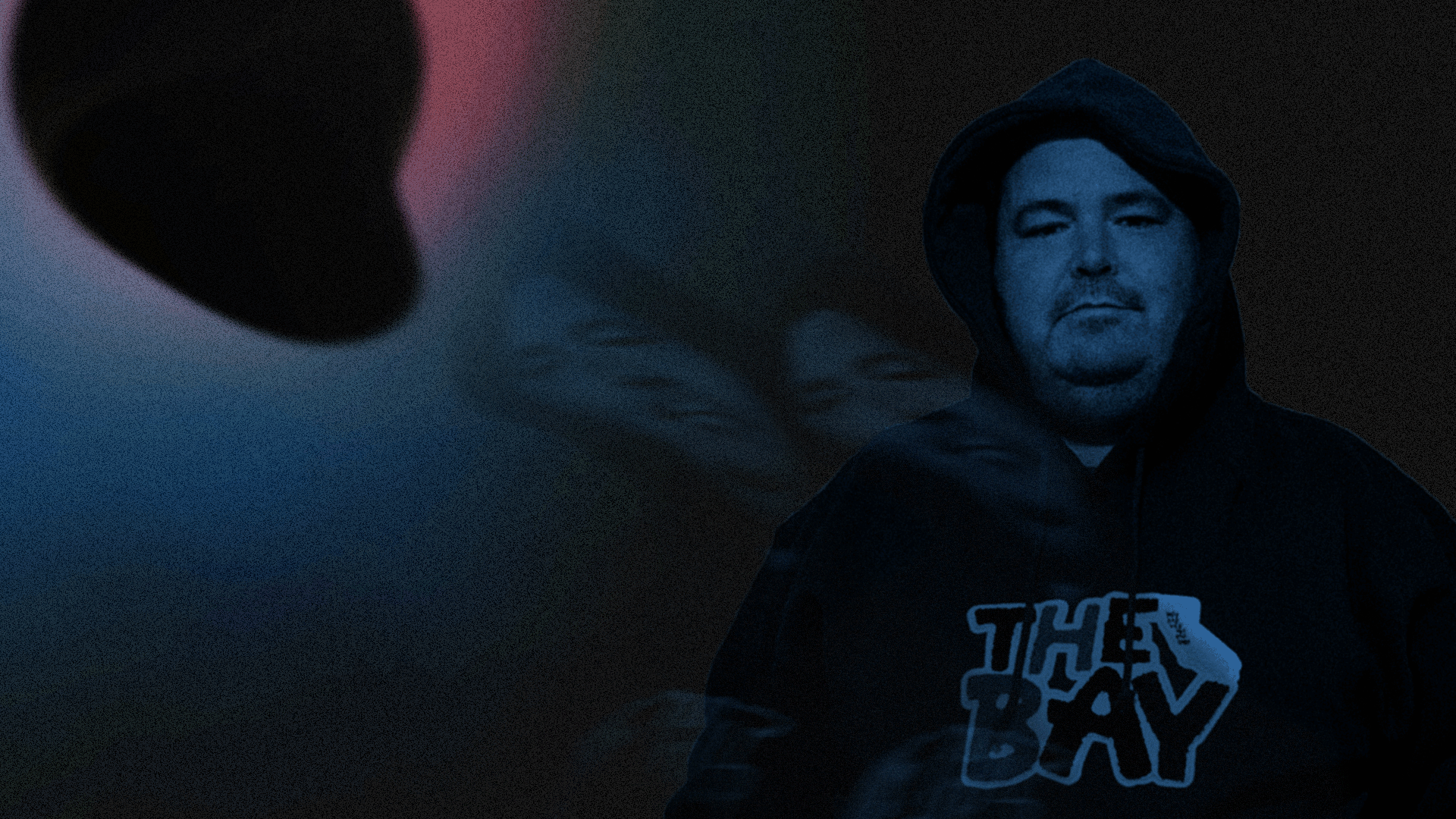 A recently leaked conversation between a Google engineer and an AI has questioned the personhood of machines. LaMDA recognizes itself as a person and “human at its core.” A genuinely surreal read. Read the full conversation with LaMDA and Blake → 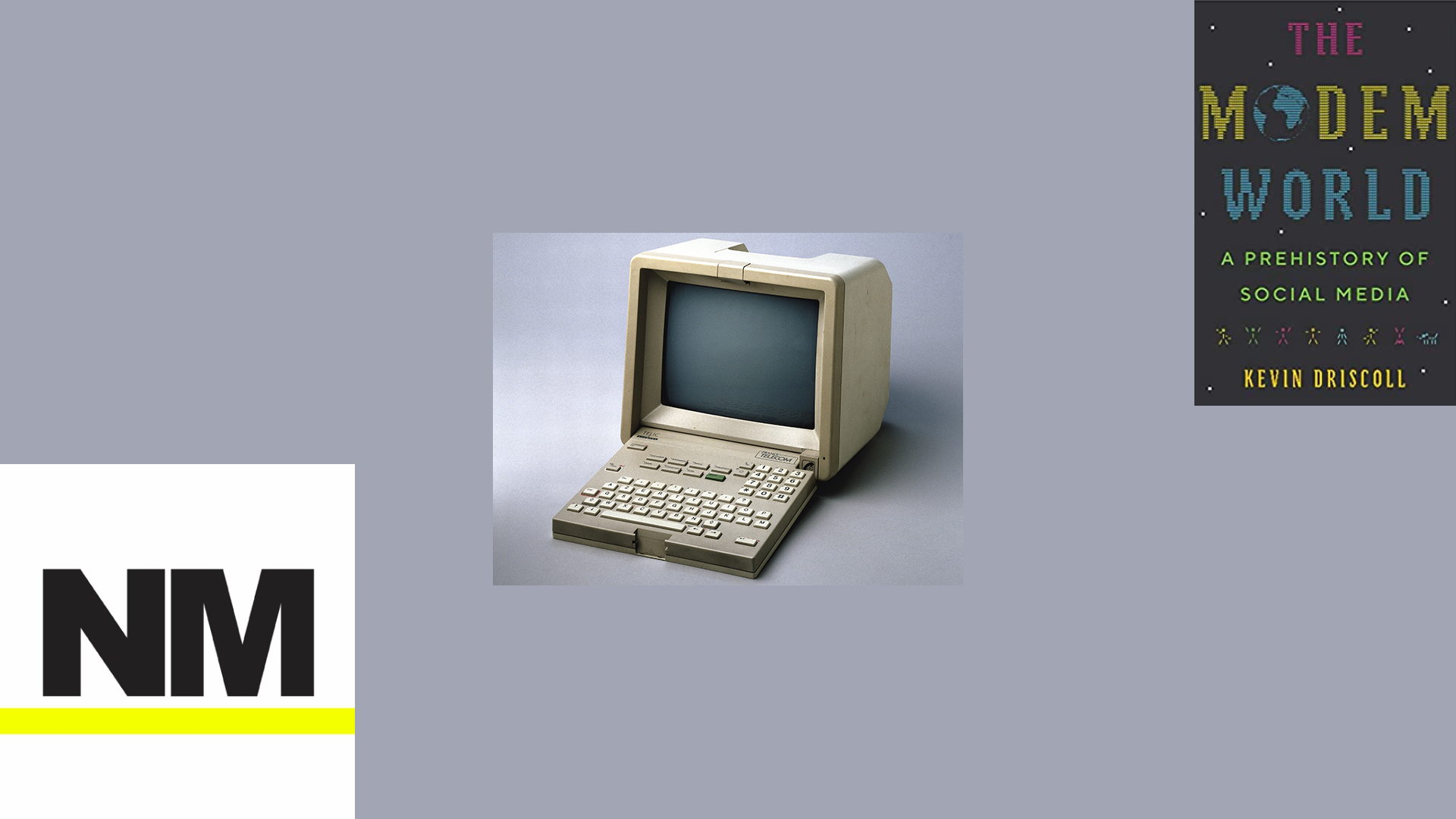 New Models is creating a community network and podcasts. They took a deep dive into the early internet with Kevin Driscoll, the author of The Modem World. Turns out large parts of the early internet were decentralized from the start and tribalism was a feature not a bug.

Listen to the podcast → 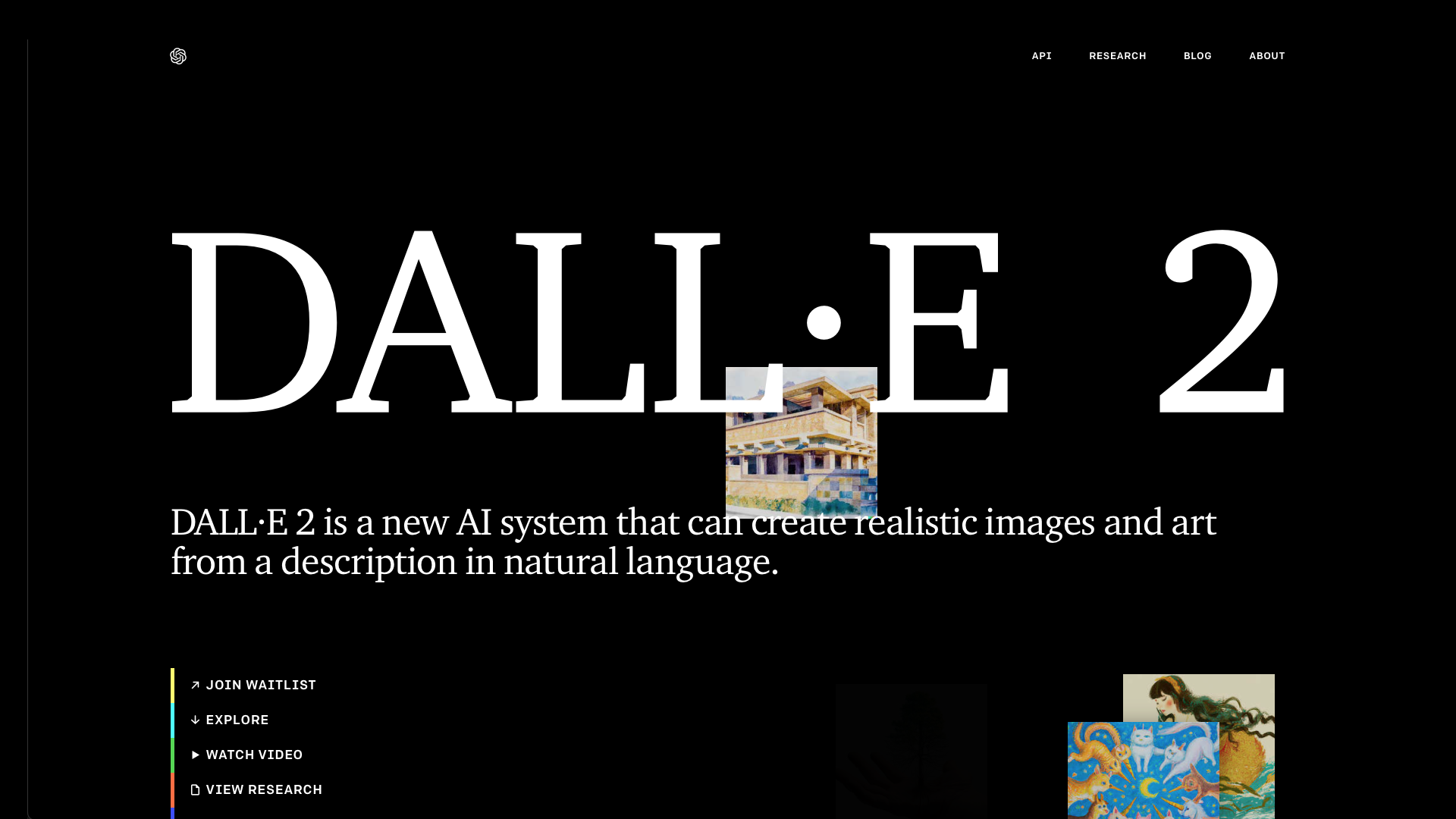 DALL·E 2 is a new AI system that can create realistic images and art from a description in natural language. It's a tool that brings AI and human interaction together to create new unique visuals and new paradigms for creating. 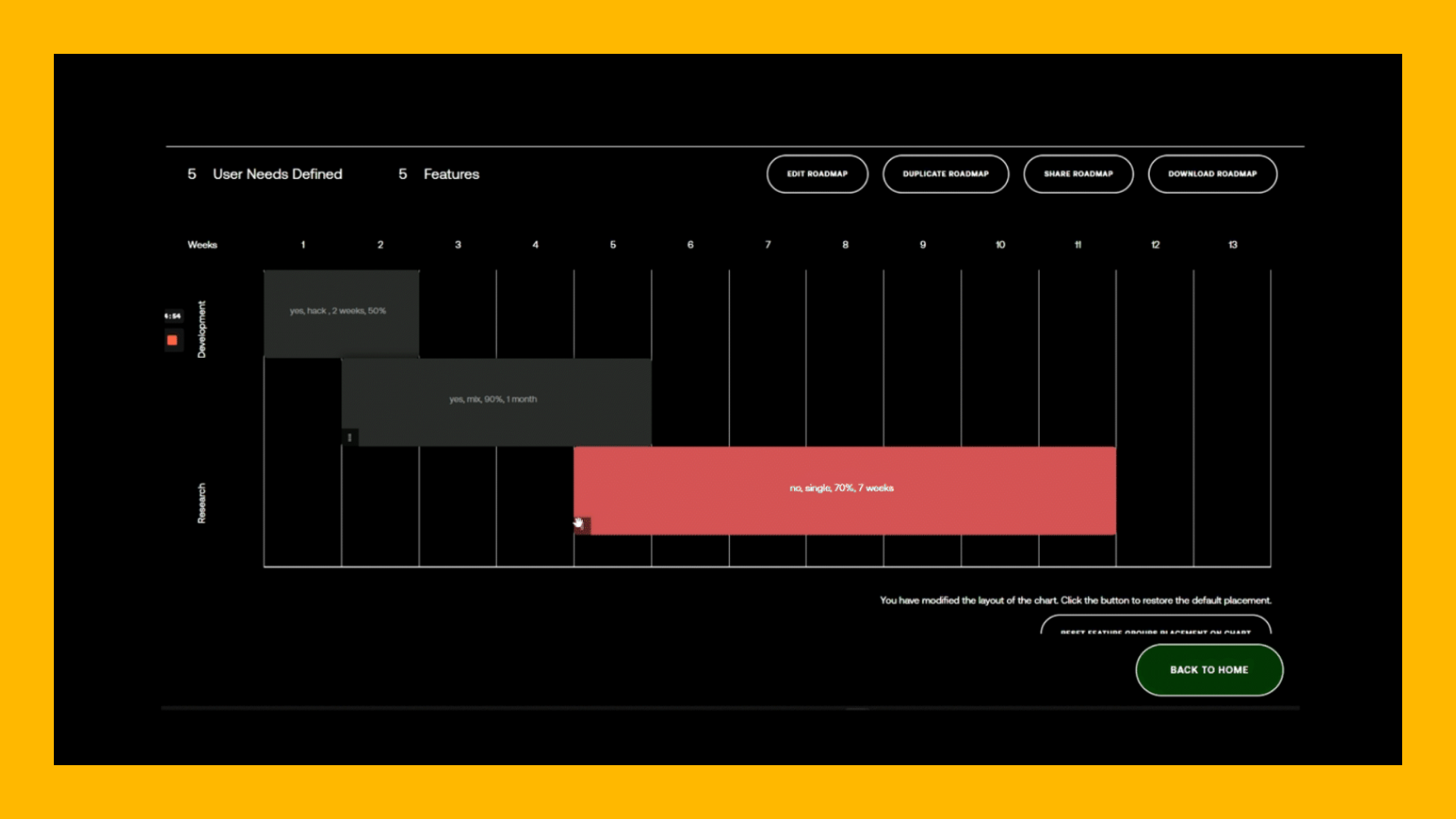 The Foundations roadmap is created by an algorithm. It takes human inputs around market dynamics, user interest, and LOE and formulates a prioritized, sequenced plan for design, development and research. With our next release - previewed here - Foundations users will be able to manually adjust workstreams from the roadmap view to show dual or multi-tracking work. With this change you will be able to shift the blocks / "user outcomes" on the roadmap itself to make them sooner / overlapping. We also included a little button in case you want to "reset" to the original non-parallel algorithm generated view. :) 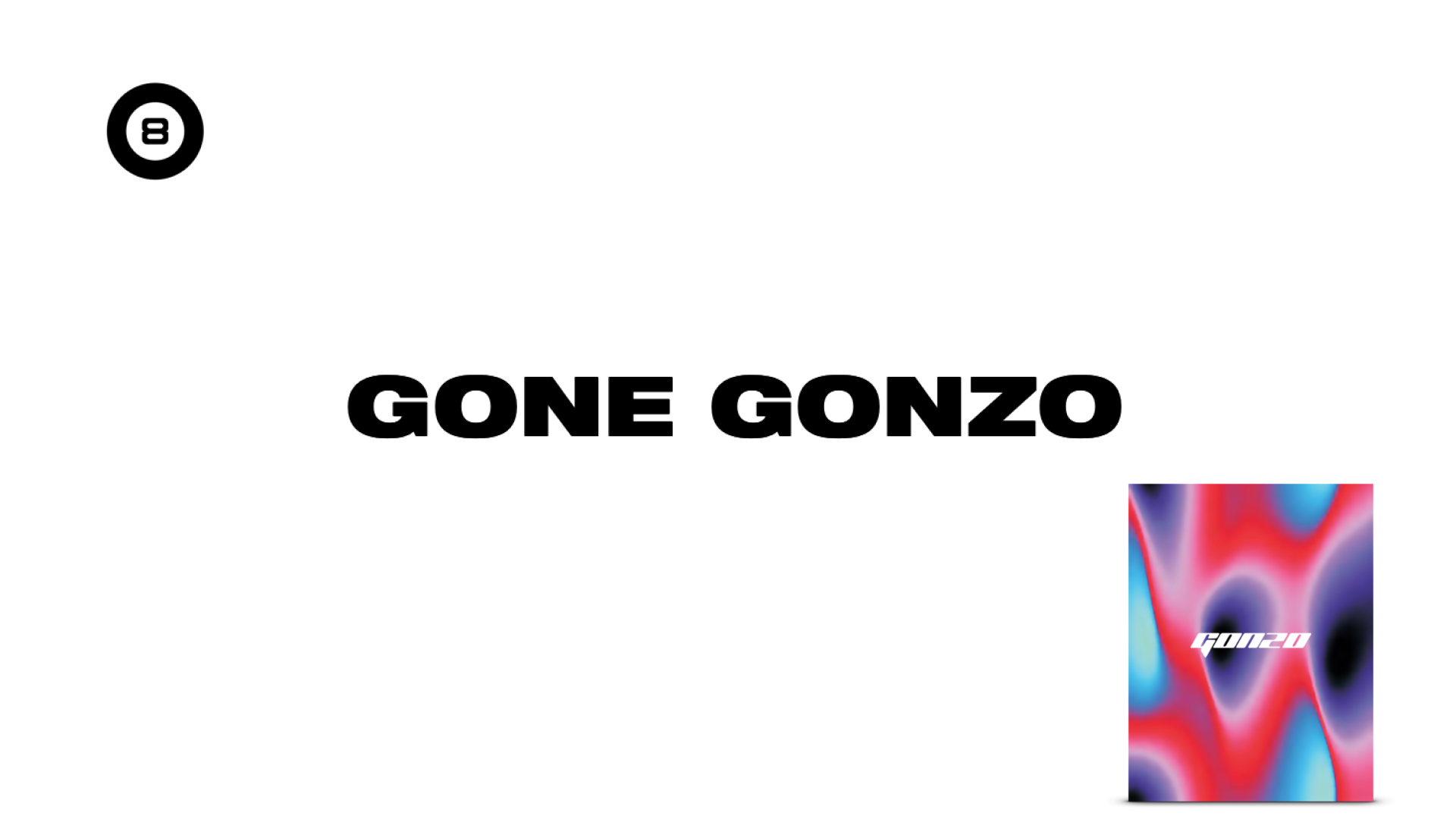 Sean Monahan runs a forecasting consultancy called 8Ball (formerly founder of K-Hole). His reports are engaging, entertaining, and examine the cultural shifts of our times. 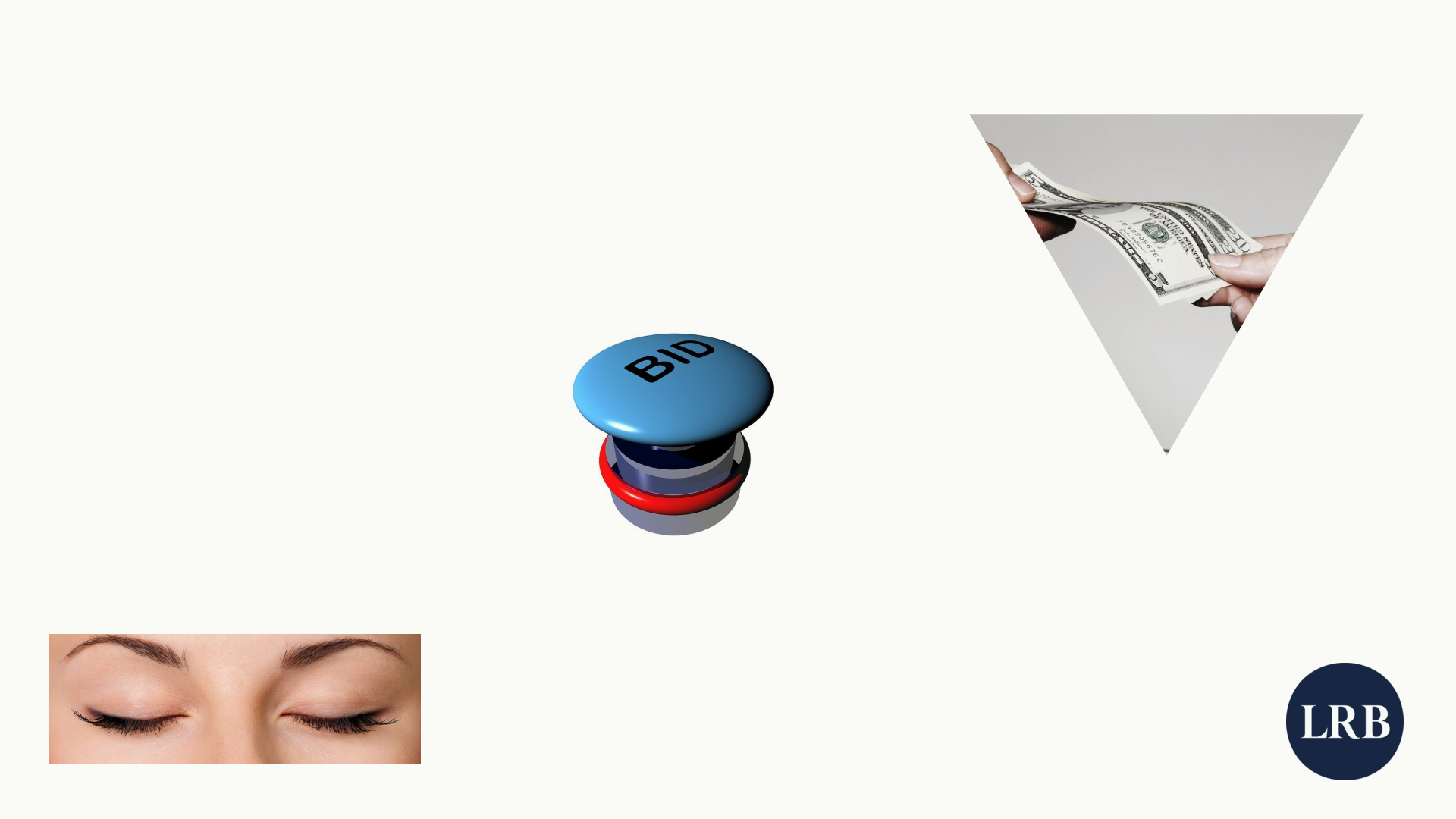 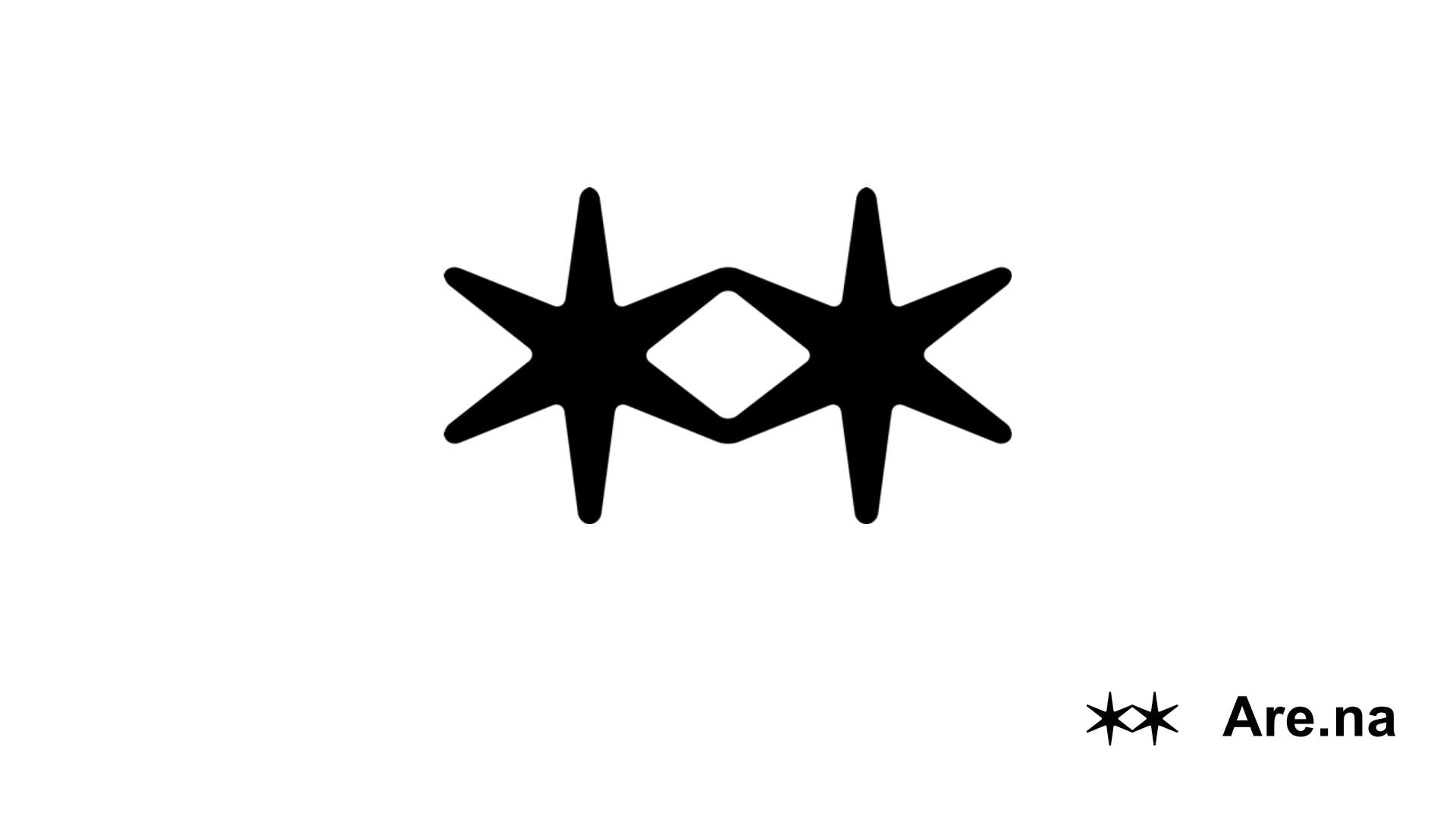 Are.na is a product that is following the shift in 'ethical products' that is honest and open with their users about data collection, payments (subscribe for $ instead of us mining your data), and service. Are.na is a community-based inspiration-sharing platform. People have described it as "Tumblr meets Wikipedia."  Their independent mentality means that they are sustained by their community fully. In our minds, this is a positive and refreshing shift in creating businesses. Instead of following the hypergrowth silicon valley model, you can be a successful and influential business that's sustained by users that get true value from your technology. 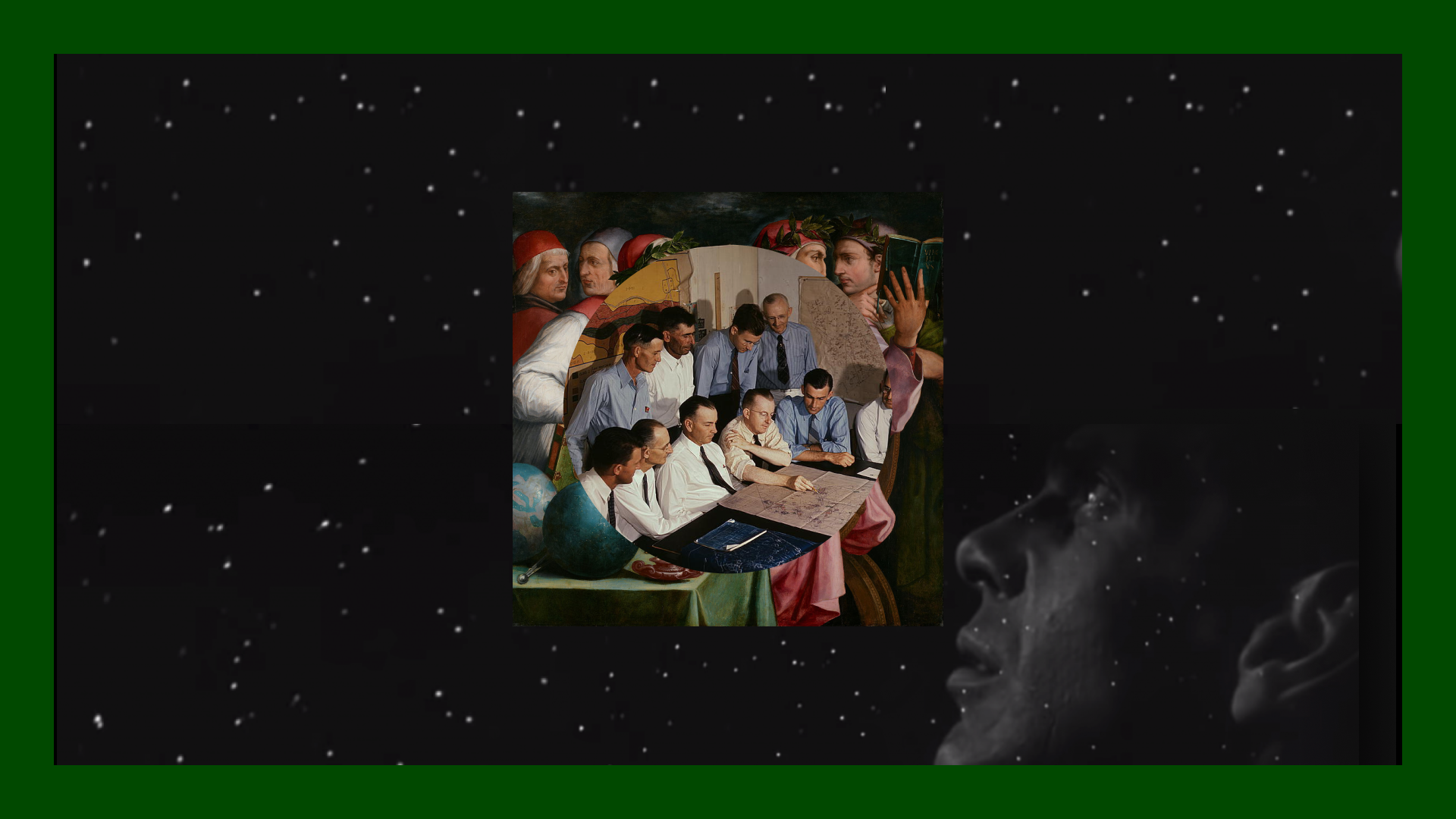 Why designers and engineers should drive strategic decisions

Builders—designers and engineers broadly—bring to life the ideas of the working collective. They focus on solving concrete problems with tangible solutions and pushing for experiences that feel intuitive and considered because they live in the specifics of the experience and functionality being created.